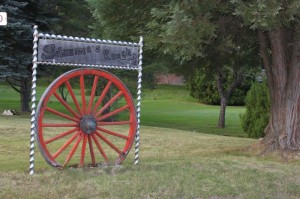 Its been over 40 years since Fairyland closed its gates to the public but many still remember the magical gardens situated 4 miles up the lake in the 1960s. Here you can read a nice overview by Ava Schneider the Fairyland founder’s granddaughter and we’ve revived some of the old pictures and newspaper articles for all to browse. Today, the old Fairyland grounds are residential but they’ve stayed in the family. Many of the old sculptures and artifacts are still snuggled under trees and blended into the picturesque landscape. Many thanks to Karren Harrison and other members of the Schneider family for sharing their little bit of heritage and some Up The Lake history with us. 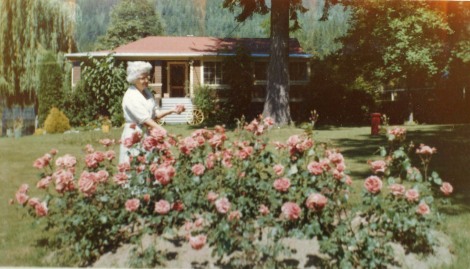 Fairyland was started as a hobby for Mrs. Zetta M. Schneider, wife of Bernard (Bennie) Schneider who prior to moving to 4 mile on the North Shore, owned and operated a Grocery Store on 1117 Front Street. When they lived in the city Mrs. Schneider was always busy adding little ornaments, and making displays in her garden. 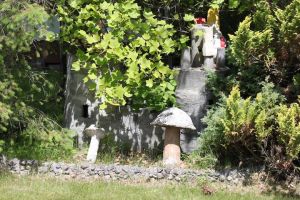 After a trip to see the newly opened Disneyland, Zetta got the idea to make some lawn ornaments, this hobby helped to pass away the long winter months. These ornaments were first shaped with chicken wire and then the cement was layered on and prior it drying fully, Zetta would spend hours carving out the facial expressions and other features of the ornaments.

Zetta with the Fairyland guest book

Zetta used as her inspiration a series of comic books; she had purchased for grandchildren. These comics were children’s Fairy tales by Jonathan Swift, the Grimm Brothers, and a collection of Aesop’s Fables. Reading the above tales and using part of the name is how it became “FAIRYLAND” 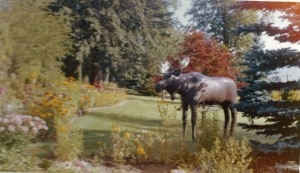 Her first attempt was the characters from the King Midas Touch, King Midas and his daughter. She sculpted a kneeing King Midas, holding his head in his hand after his touch had turned his daughter into gold. 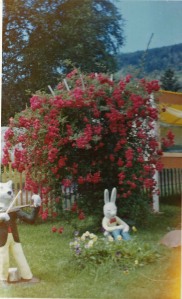 Wolf, Bunny and roses at Fairyland

After a couple of winters of making these ornaments and displaying them on their lawns and gardens, Bennie and Zetta noticed the number of cars that would stop by the roadside and ask permission to walk around and take pictures. 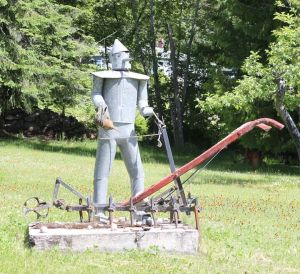 In the summer of 1959 Zetta and Bennie opened Fairyland, throughout the previous winter, and with the help of their daughters, Laquita, Gaylia and son Arvid (who make the Tin Man of Oz), they created a number of different stories to display. Bennie also got busy and sculpted some deer and a moose, made Rapunzel’s castle, and built a wishing well. Zetta’s brother Ara Thomas came for the winter and made the many waterwheels and water features that were displayed in the creek and with some of the attractions. 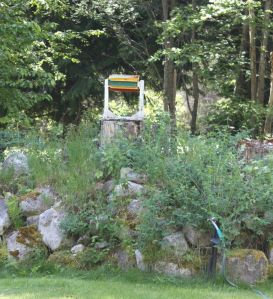 The Three Bears at Fairyland, 2014

It was a family effort with Bennie and Zetta’s children, their spouses and some of the grandchildren, building fences, and constructing settings for the displays, and lots and lots of painting, and planting flowers and shrubs. 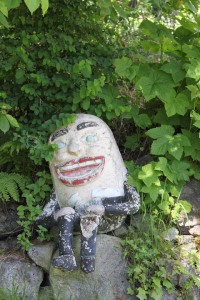 Humpty Dumpty on a wall at Fairyland, 2014

Fairyland’s last year was 1971. It did reopen in Sicamous but it wasn’t the same. Many of her ornaments are still around in 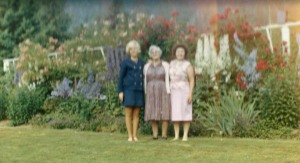 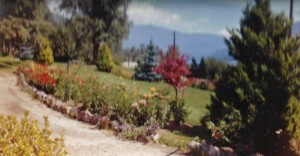 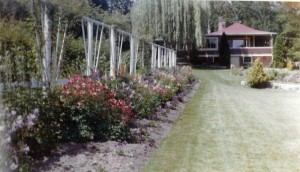 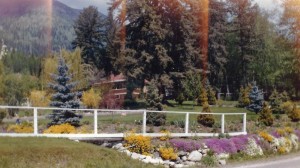 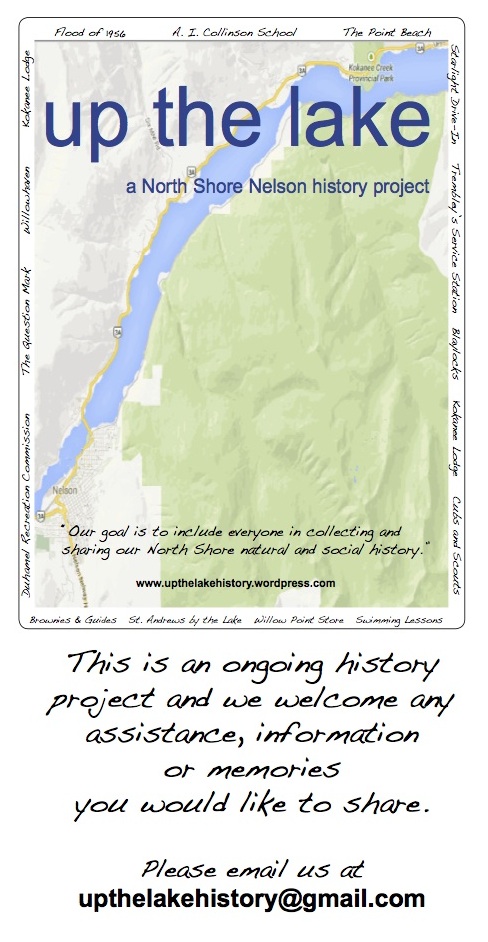